Here at WhiteKnight77's Place I try to show off some of the games I am into. I am a staff member at Aggression and GhostRecon.net . Here at WhiteKnight77's Place, you will find tutorials, stats for games, screenshots, movies and wallpapers from games like Ghost Recon, Rogue Spear, Papyrus' NASCAR Racing series, Splinter Cell, iL2 Sturmovik and iL2: Forgotten Battles to name a few. I have been the offical stats keeper of Aggression's Rogue Spear stats since Jan. 2001. I first got into PC gaming when my brother introduced me to Tetris 3D and SimCity on his old computer back in '86. While reading the Tom Clancy book Rainbow Six and reading in the local newspaper that Rainbow Six was being created for the PC, I knew then that I had to get a PC for it. Once Ghost Recon came out and having a woefully underpowered PC, after getting it just a year and a half earlier, I knew I had to learn more about PCs and built my first PC in Feburary of 2002.

Take your time to check out my website and check out the links to other well known websites. This website is an ever evolving effort. If there is something that seems out of place, check back as it may soon make sense, then again it may not. ;) I will also be trying to showcase some of my few talents in the PC world by using scratch made graphics for some of the graphics you see around here. Others are made from screenshots taken in game.

I will also be hosting the GR.net Fixed Racing League gallery. There is some great guys to race with in the series. If you are into Papyrus' NASCAR Racing Series of games, drop by Tactial-Elite/NASCAR and check us out. 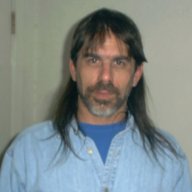